If you have this question, you have landed on the right page. This article will discuss mig welding compatibility with rusty metals. If it is compatible, I will also talk about the required preparation. So, read till the end, or you will miss something significant.

Can you Weld Rusty Metal?

Yes, you can weld rusty metals with proper preparation and execution. The welding process has to create deoxides and the electrode must be consumable. Ideally, stick welding meets all the requirements for conventional welding of rusty metals.

The preparation of the rusty metal is as necessary as the welding process. Clean it with soaked rags or brush. Don’t force while brushing, or the dimension of the metal may get changed.

Problems You May Face while Welding Rusty Metal

It is one of those rare scenarios when the lead actor is the villain. Are you curious to know how? Okay, let’s discuss them at length.

Welding frees up the oxygen from metal rust (rust is iron oxide). This free oxygen will react with silicon and manganese. So, additional silicon oxide and manganese oxide will be created.

A reduction of silicon and manganese from the alloy will impact the structure and, thus, lower the tensile strength.

Rust is basically the impurities of the metal. When the electrode arc comes in contact with rust, there flows sparks and spatters randomly. So, you will have a tough time maintaining a consistent arc, won’t you?

Rust prevents the weld metal from mixing with the base metal. As a result, the joint is not strong enough. In the welding directory, this is called lack of fusion.

In this drama, rust acts as a shield and unintentionally stops the welded metal from melting and mixing with the base metal.

Rust is not just a heat barrier but an electricity barrier as well. It will prevent the electrodes from flowing naturally. So, you won’t have an easy time starting the arc.

Can You Mig Weld Rusty Metal?

Yes, you can mig weld rust materials. But you won’t have the same output as stick welding. The success of welding rusty metals depends on the production of enough deoxidizers to destabilize the rust. Mig welding produces a small number of deoxidizers, which is enough to weld. But not enough to present a handsome joint.

How to Prepare Rusty Metal for Mig Welding

So, you have got a green signal to mig weld rusty metal. Now, it’s to make the rusty metal prepared for mig gas less welding. Once you have accomplished this stage, you are halfway there.

Let’s not waste any time then.

It is undoubtedly the most vital step to ensure the success of mig welding. Without having the slightest idea about the thickness of the base metal, you will burn it for sure.

Too thin metal requires special attention and a unique electricity mode. Metal burnouts can be significantly reduced with the SCT (Short Circuit Transfer).

Thick metals have an extended amount of rust coatings on them. So, there is nothing to worry about being burnt out.

The old proverb suggests that before fighting your enemy, first, you should scout how many enemies you will be fighting against. In this case, rust is your biggest enemy, and you have to gauge how much rust you will have to endure.

A rough splash of rust won’t be an issue. But thick rust will be extremely tough to weld on. The best solution to this situation is to cut the bad part.

Rust has alliances in the form of oil, grease, or paint. If there are many of these impurities, you are in your worst luck. These can be as adamant as the rust or even worse.

So, you have got a good idea about your enemies; now it’s time to ambush. To remove rust, you have to use the right kind of deoxidizers. Silicon and manganese act like deoxidizers, and you can use them to decontaminate the base metal.

And, as far as oil, grease, or paint are concerned, use a good wire brush. You would have to tussle a bit longer than anticipated.

Welding is pretty straightforward. But a, successful welding demands caution so that you can end on a high note. So, I have enlisted some factors you should cordially consider before and at the welding time. Follow these, or you may regret it.

Always try to use filler metals that are thinner than sheet metals. Sheet metals are usually 0.03～0.034 inches thicker.

So, it’s better to choose filler metals of 0.023 inches in thickness.

There are no hard and fast rules of a fixed torch angle. This number depends on the thickness and the type of joint you will be making through mig welding.

Try to maintain a torch angle between 5-15 degrees. An improper torch will result in an irregular weld joint.

MiG welding of rusty or thinner metals performs best in SCT (Short Circuit Transfer) model. With SCT, the possibility of a weld-burnout gets eliminated.

You won’t have to tense much. Almost every mig welding comes pre-equipped with SCT mode.

SCT mode works at its peak when a balanced mixture of carbon dioxide and argon gas is balanced. This shielded gas ensures the proper appearance of the welded bead.

25% carbon dioxide and 75% argon gas mixture is the ideal mixture to do mig welding rusty sheet metals and thin metals.

For mig welding, the rod has to have deoxidizing components. ER70S-6 serves this purpose with flying colors. ER70S-R has the highest percentage of a silicon-manganese rate. 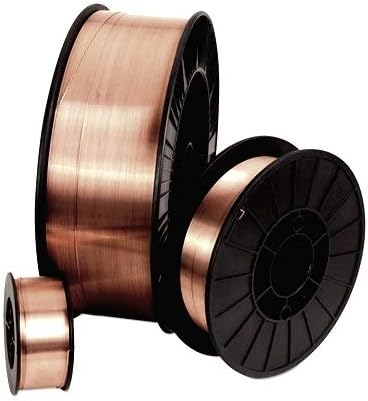 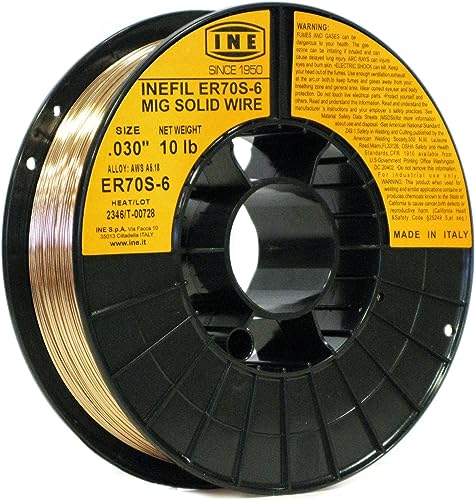 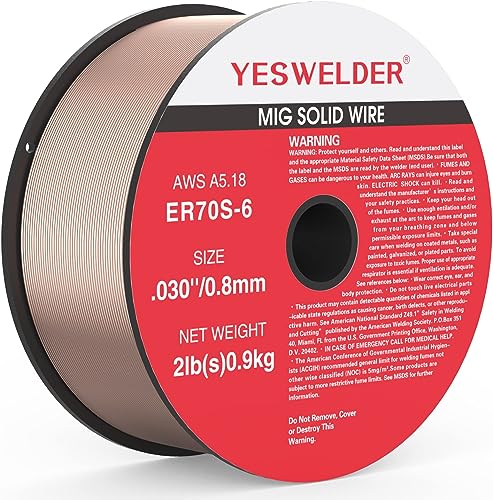 Silicon and manganese bot acts as an oxidizing component. Both will react with the rust and decontaminate it by separating oxygen from iron. Thus, ER70S-R helps to weld rusty metal sheets.

Despite being expensive, ER70S-2 has titanium, zirconium, and aluminum. Each of these chemical components is a very well deoxidizer. 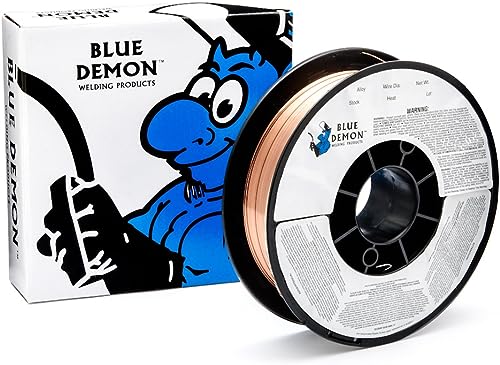 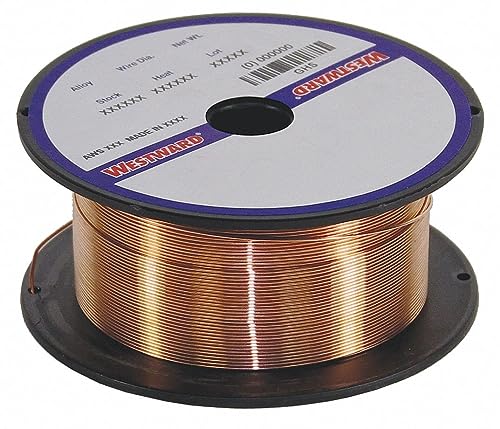 The efficiency of welding rusty metal is superb with ER70S-2.

ER70S-3 is not well suited for rusty metals but suitable for welding thin metals.

First, ER70S-3 has few percentages of deoxidizers, and second, this mig wire is very slim. So, in short, ER70S-3 is good for welding clean thin metals.

ER308 mig wire has 0.3% carbon, 20% chromium, and 10% nickel. As you know, chromium and nickel are good deoxidizers. So, rusty stainless steel can easily be mig welded with ER308.

With the carbon, you can rest assured of the possibility of avoiding carbon precipitation.

This stainless steel mig wire is very similar to ER308. ER308L has 19% chromium and 9% nickel to break the rusty pattern.

While using ER308L mig wire, it’s better to use 100% argon/helium as shielding gas for maxim penetration.

Nonetheless, ER308LSI is remarkable for welding 304 and 308-type stainless steels.

Stick welding is the best method for welding rusty metal. The welding rod has to be ruthless enough to penetrate through rust to weld through rust. Stick welding creates an aggressive arc to fight against rust.

Additionally, stick welding produces enough deoxidizers to break the pattern of the rust and free up oxygen. This is called flux coating.

Mig welding is also good for welding rusty metal under some conditions. Make the metal prepared, clean it, and apply the filler metal.

Stick welding is an effortless method, though.

Rusty metals are always tough to work with. And, when it is about welding, especially mig welding, there are a lot of tasks involved.

The tasks may seem tedious but easily doable if you remain on the right track. Choose a good mig wire metal, assess the rust condition, remove it, and finally make the final charge.

Maidul Shakil has an extreme love for welding. Welding metals and joining them is his hobby and he has also got a vocational training on welding. He strives to learn and teach welding processes and different gears to beginners and newbies. Cutting metal, fusing them and polishing to a shiny surface seems interesting.